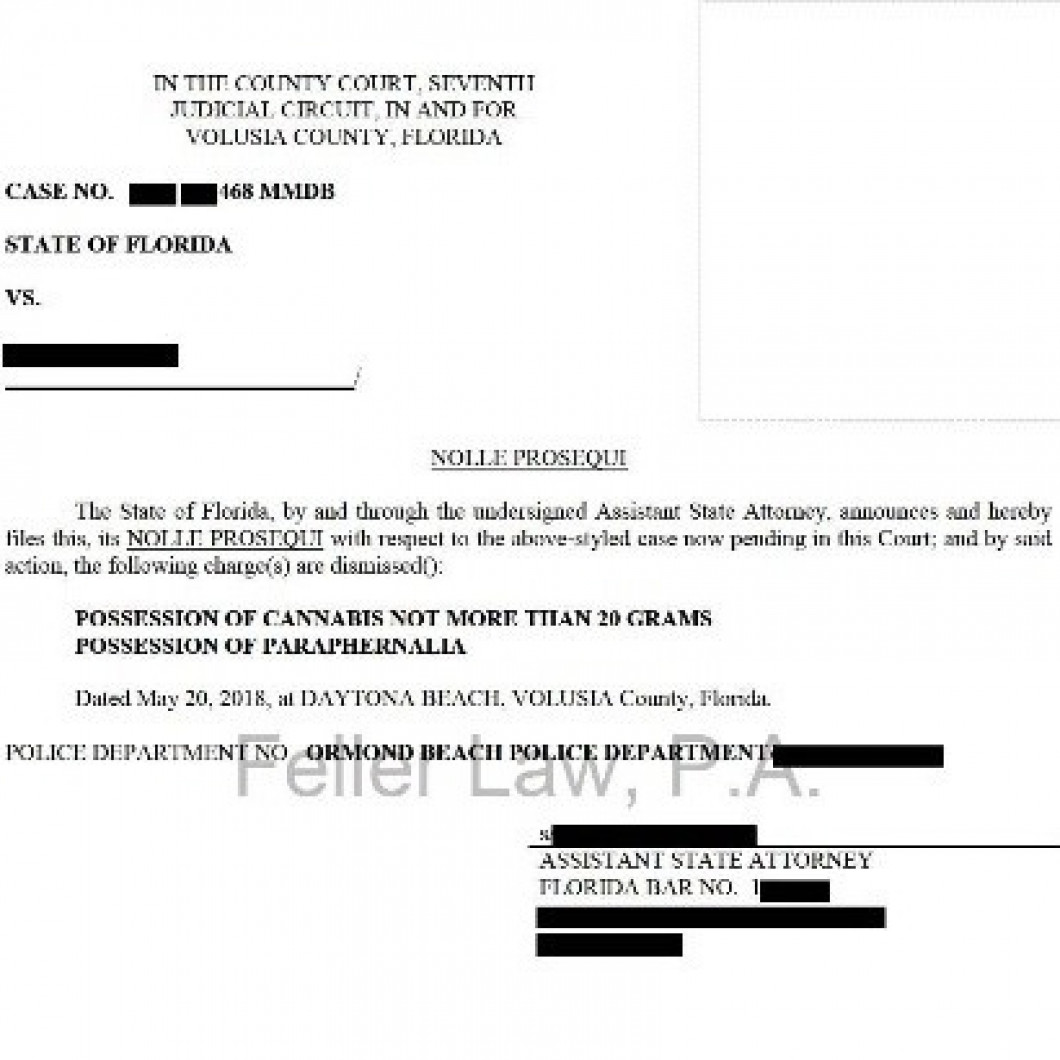 Our young client was stopped by police after spinning out his tires and getting sideways in the roadway. While getting a ticket for careless driving, the K9 officer hit on the vehicle for drugs. The police then searched the vehicle finding marijuana, a pipe, and a grinder.

After charges were brought, our office quickly reached out to the prosecutor. We discussed the client's young age and lack of criminal history. Our argument was able to convince the prosecutor to enter into agreement that would result in the dismissal of all criminal charges. After completing some classes and few drug tests, all charges against our client were dropped.

Police responded to a report of battery at a local campsite involving our client. After questioning him, the police searched his truck, trailer, and tent, and found a stolen firearm and methamphetamine. The police then arrested our client on charges of Aggravated Battery with a Deadly Weapon, Possession of a Controlled Substance, and Grand Theft

Feller Law was able to point out inconsistencies in the alleged victim's and witnesses' statements regarding the claim of Aggravated Battery with Deadly Weapon after reviewing our client's discovery. Feller Law was also able to argue that the evidence presented did not warrant prosecution. The prosecutor would most likely not be able to prove the charges of Possession of a Controlled Substance or Grand Theft beyond a reasonable doubt. In the end, Feller Law was able to persuade the prosecutor to drop all charges against our client. 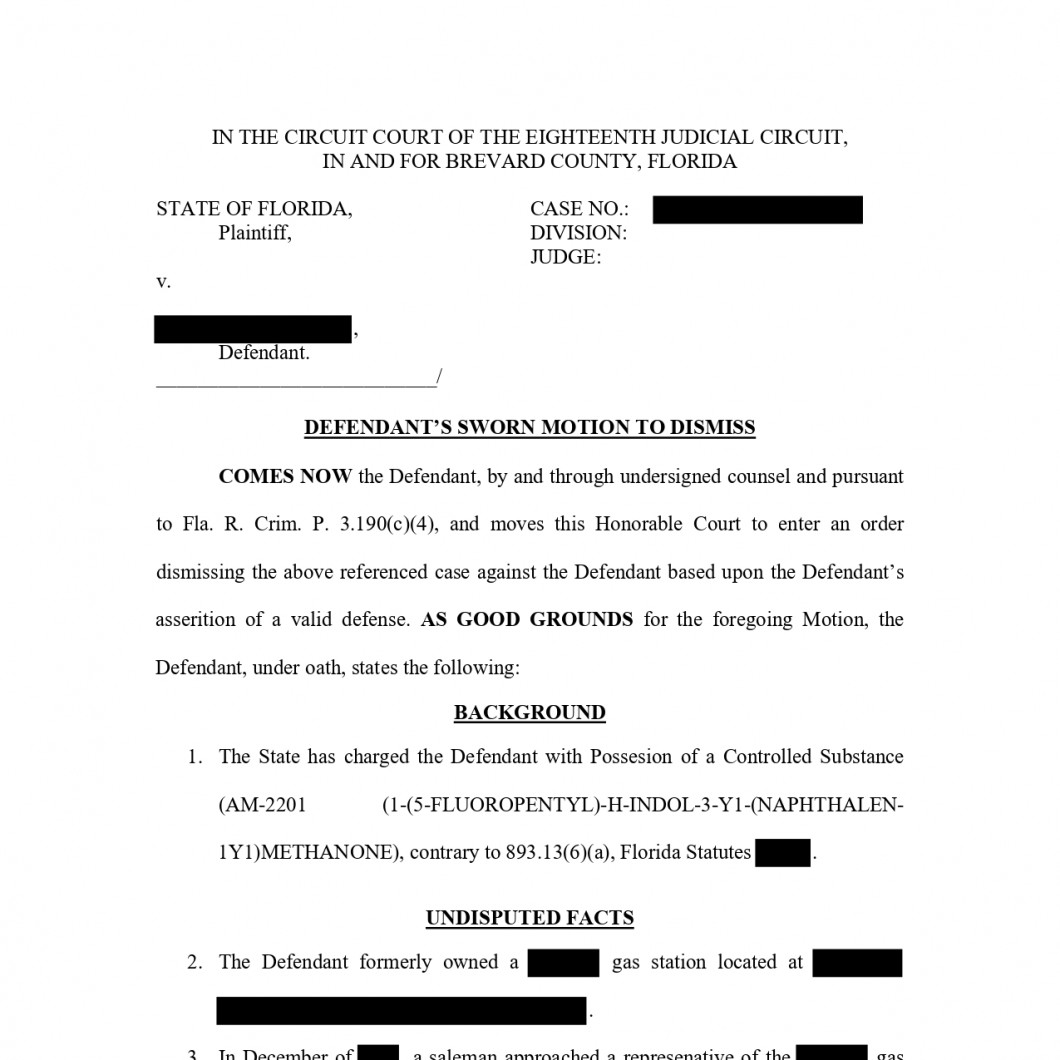 Feller Law thoroughly review the State's evidence and researched the law concerning the criminal charges. It was through this work that it was determined that our client did not have knowledge of the illegal nature of the synthetic marijuana and could not be charged with a crime. We then filed a Motion to Dismiss the prosecutor's case. Ultimately, this Motion caused the prosecutor to drop all charges against our client. Feller Law also was able to expunge our client's record after the charges were dropped. This means our client had not arrest or court record of the charges.