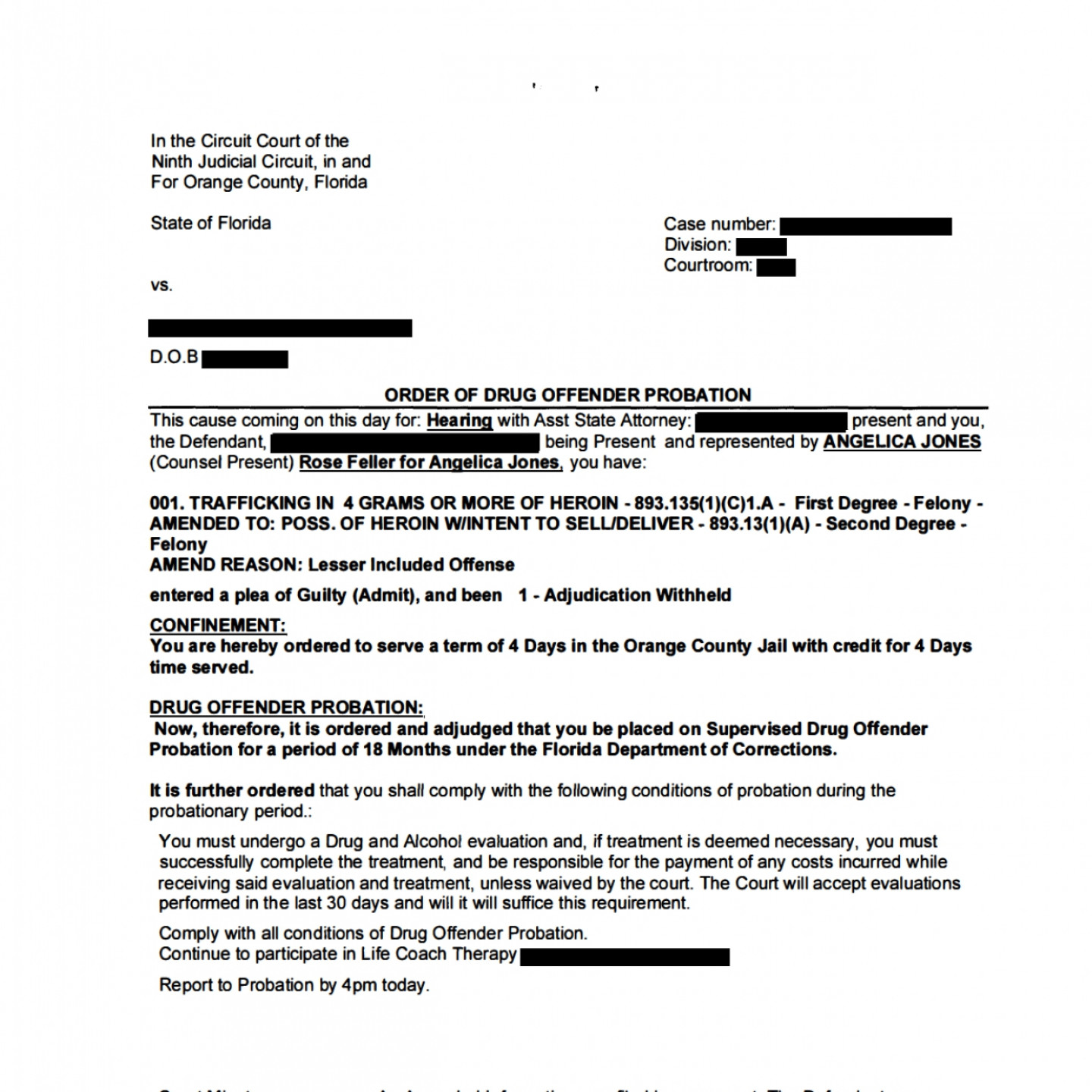 Police had been surveilling our client for a couple months upon suspicion he was dealing in narcotics. Finally, they busted our client while he had two passengers in his vehicle and a substantial amount of heroin and other drugs. During his police interview, our client also made incriminating statements and was pressured to turn State's witness. In the end, our client was charged with Trafficking in Heroin (1st degree felony) and was looking a minimum 3-year prison sentence. Feller Law began by thoroughly reviewing all the evidence the prosecutor had in hand to convict our client, including hours of police interviews and body cam footage. Through our discovery review, we were able to identify multiple problems with the State's case, including a Miranda violation and problematic weighing of the drugs found. After a series of discussions with the prosecutor regarding these issues and a full explanation of our client's circumstances, we were able to get the 3-year minimum mandatory prison sentence waived, the 1st degree felony of Trafficking reduced to a 2nd degree felony of Possession with Intent to Sell, no jail time, and no conviction (adjudication withheld)! Once our client completes probation, we will then have their record sealed.