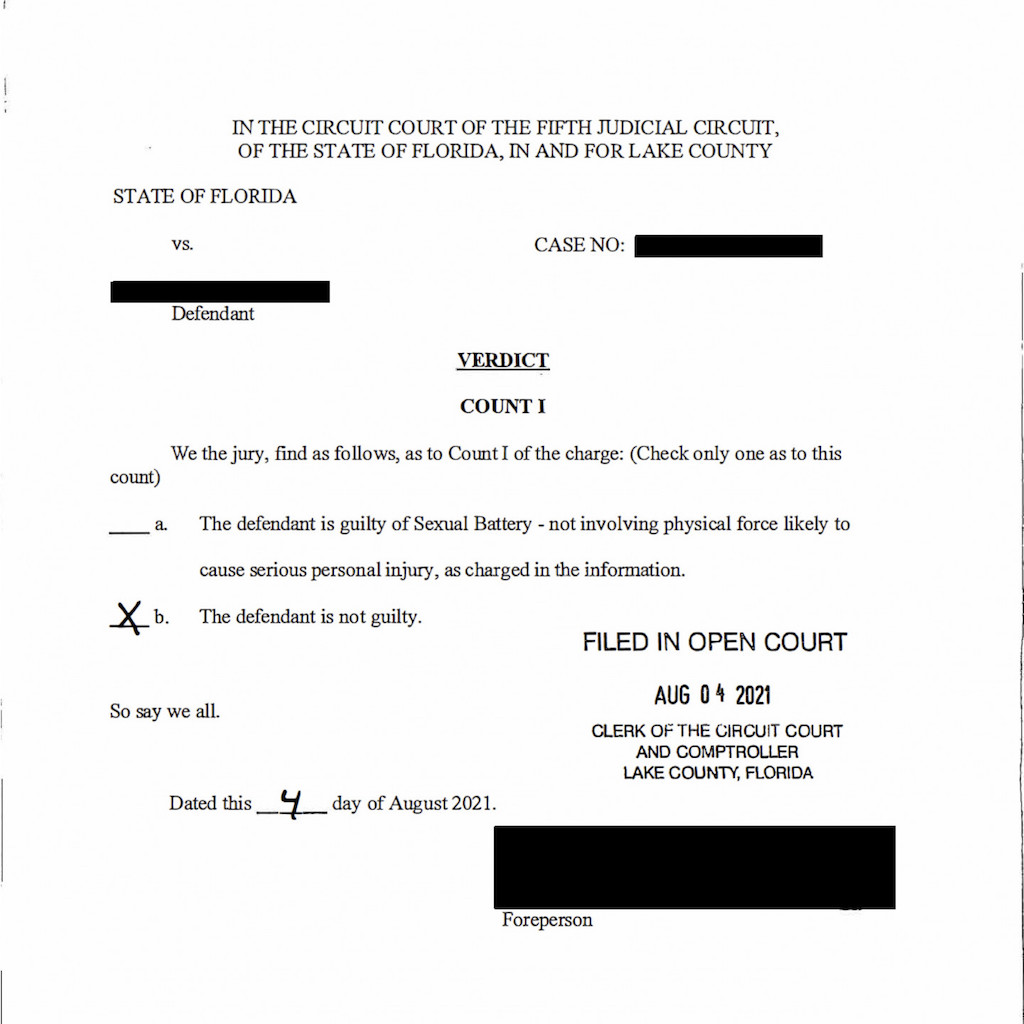 After a night of drinking and games, our client was accused of rape the next day. After a brief investigation by law enforcement, he was arrested. So began his years long legal saga.

Feller Law began by pouring over hundreds of documents, lab reports, and interviews that the prosecutor believed lined up a conviction that would result in a decades long prison sentence. Next, our team conducted extensive depositions of people who knew our client and his accuser. Then we followed up with numerous motions to suppress evidence and statements against our client. Feller Law believed strongly in our client's innocence and was not willing to consider the plea offers made by the prosecutor. The first trial ended in a mistrial. The second trial stretched on for 3 days and included our motions for sanctions against the prosecutor for multiple discovery violations and hard fought battles over more witness statements and evidence. After a mere 8 minutes of deliberations, the jury returned a NOT GUILTY verdict!