What Happens If A Crime Is Committed In The U.S., But The Fugitive Is In A Foreign Country?

Being a lawyer in Florida, it’s not surprising we’ve had clients accused of committing crimes in the United States, but were out of the country when authorities came looking. Extraditing those accused back home is not a simple process, but we’ll review to see how that process can play out.

Most crimes in the U.S. are prosecuted at the state level, with far fewer crimes being charged by the federal government. Regardless of if it’s a state of federal crime, however, it’s the federal government who seek to extradite a defendant. Further, the process for international extradition is typically controlled by treaties between the U.S. and other countries. And these treaties are all different. This means what it takes to extradite is going to be different from country to country. There are a couple key exceptions, however, to the rule that extradition is controlled by treaty:

⦁    Some countries do not require a treaty to play nice with the U.S. when it comes to extradition. But the United States is often required to return the favor when that other country wants to extradite a person from the United States. Yemen in the Middle East is an example.

⦁    The U.S. will also extradite, regardless of treaty, for crimes committed against U.S. Nationals. Guantanamo is a prime example.

Even if there is an extradition treaty between the U.S. and a country, some countries are notorious for ignoring extradition requests from the U.S., such as Ecuador, Cuba, Bolivia, Nicaragua, Iceland, Switzerland, Venezuela, and Zimbabwe. Ultimately, it’s going to be the federal government who decides if it wants to pursue extradition, and that’s not a foregone conclusion. 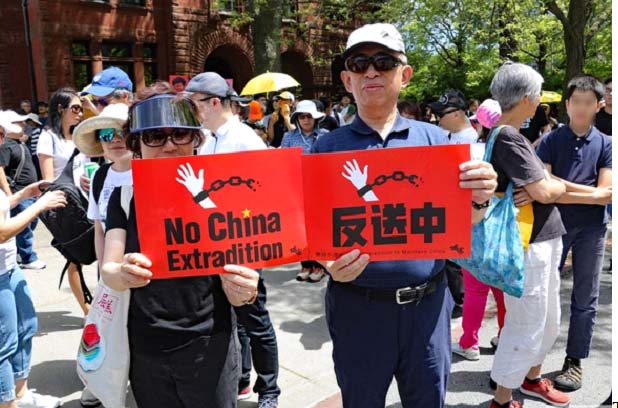 The U.S. Department of Justice, Criminal Division's Office of International Affairs (OIA), is the specific agency tasked with aiding federal or state prosecutors for extradition of criminal defendants the prosecutors are seeking. OIA must be consulted with before any prosecutor tries to extradite or talk to a foreign official. OIA, either directly or through the Department of State, makes initial requests for arrest of fugitives via an extradition treaty. Unauthorized requests (by prosecutors or law enforcement) can cause serious diplomatic difficulties and may subject the requester to financial liability or other sanctions. Every extradition treaty is negotiated separately, and each contains different provisions. Experience with one treaty is not a guide to all others. Attorneys in OIA will advise prosecutors about the potential for extradition in each case and the steps to be followed. The following are the steps involved in international extradition:

⦁    Is Extradition Appropriate? The OIA and prosecutor will discuss factors, such as what country the fugitive is located, citizenship of the fugitive, the offense the fugitive committed and relevant facts, and the costs to extradite. Think of this as a pros/cons list. Looking at all these different issues will determine whether extradition makes sense. Prosecutors must also consider the Rule of Specialty. This rule limits extradition to certain offenses and is different from treaty to treaty.
⦁    Request for Provisional Arrest. Every extradition treaty to which the U.S. is a party requires a formal request for extradition, supported by appropriate documents. Because the time involved in preparing a formal request can be lengthy, most treaties allow for the provisional arrest of fugitives in urgent cases. Once the United States requests provisional arrest pursuant to the treaty, the fugitive may be arrested and detained (or, in some countries, released on bail. Thereafter, the United States must submit a formal request for extradition, supported by all necessary documents, duly certified, authenticated and, if necessary, translated into the language of the country where the fugitive was arrested, within a specified time (from 30 days to three months, depending on the treaty). OIA determines whether a request for provisional arrest is necessary before a formal request, with risk of flight by the fugitive being the primary concern.
⦁    Documents Required in Support of Extradition Request. The request for extradition is made by diplomatic note prepared by the Department of State and transmitted to the foreign government through diplomatic channels. The documents specified in the treaty must accompany the extradition request. Once the documents are finalized, following consultation with OIA, the prosecutor forwards the copies to OIA in time for the documents to be translated, assembled, authenticated, and sent through the Department of State to the foreign government within any specified deadline. Although variations exist, extradition requests generally are composed of:
⦁    An affidavit explaining the facts of the case and the charged offenses.
⦁    Copies of the laws alleged to have been violated and the statute of limitations.
⦁    Certified copies of the arrest warrant and complaint or indictment.
⦁    Evidence to establish the crime committed and the defendant's identity.
⦁    If the fugitive has been convicted, a certified copy of the order of judgment and committal establishing the conviction, and an affidavit (i) stating that the sentence was not served or was only partially served, (ii) specifying the amount of time remaining to be served, and (iii) providing evidence concerning identity.
⦁    Procedure after Assembling Documents. After careful review by the prosecutor of the required documents, and the drafts have been approved by OIA, the prosecutor will forward the originals and copies of the entire package to OIA.  Translations can take three weeks to complete, even for common languages. OIA secures the required certifications on the original extradition documents and transmits it to the Department of State.
⦁    Procedure in the Foreign Country. The U.S. Department of State will send the extradition documents and the translation, to the U.S. Embassy in the foreign country. The U.S. embassy will then present them through diplomatic channels to formally request extradition to the appropriate agency of the foreign government. The request and supporting documents are then sent to the foreign court for deciding whether the requirements of the treaty and the country's domestic law have been met. In general, the foreign government's decision on the extradition request is based on the request itself and any evidence presented by the fugitive. Because the U.S. prosecutor will not have the opportunity to appear before the foreign court, the written submission, particularly the prosecutor's affidavit, must be as persuasive as possible. Though factual defenses to extradition are limited, the fugitive may delay a decision through procedural challenges. The determination of extraditability is often subject to review or appeal. Prediction of the time required to return an individual to the U.S. is difficult and depends on the circumstances of the individual case and the practice of the foreign country involved.
⦁    Return of the Fugitive. Once the foreign authorities notify OIA or the U.S. Embassy that the fugitive is ready to be surrendered, OIA will inform the prosecutor and arrange with the appropriate law enforcement agency, most often the U. S. Marshals Service, for agents to escort the fugitive to the United States.

If formal extradition cannot obtain a fugitive from U.S. justice, there are alternatives.

⦁    Deportation or Abduction. If the fugitive is not a citizen of the country they’re located, that country can deport them to the U.S. The U.S. could also attempt to simply the fugitive. However, any abduction must be done with approval OIA.
⦁    Lures. Ripped from stories from James Bond films, tricks can be played to entice a criminal defendant to leave a foreign country so that they can be arrested in the U.S., in international waters or airspace, or in a third country for subsequent extradition, expulsion, or deportation. Lures can be complicated schemes, or they can be as simple as inviting a fugitive by telephone to a party in the U.S.
⦁    Interpol Red Notices. An Interpol Red Notice is an international “lookout” and is the closest instrument to an international arrest warrant in use today. If a Red Notice leads to an arrest, the prosecutor must still follow through on the requirements to extradite.
⦁    Revocation of U.S. Passports. Revocation of a U.S. passport can result in loss of the fugitive's lawful residence status in a foreign country, which may lead to his or her deportation.
⦁    Foreign Prosecution. If the fugitive has taken refuge in the country of which they are a national, and is not extraditable, it may be possible to ask that country to prosecute the individual for the crime that was committed in the U.S.

As this article makes it clear, international extradition is extraordinarily complex and requires the assistance of a knowledgeable attorney experienced in this specialized field.

Feller Law Blog
CAN YOU GET THE STATE TO HELP PAY FOR YOUR LEGAL DEFENSE? THE ANSWER MAY BE YES