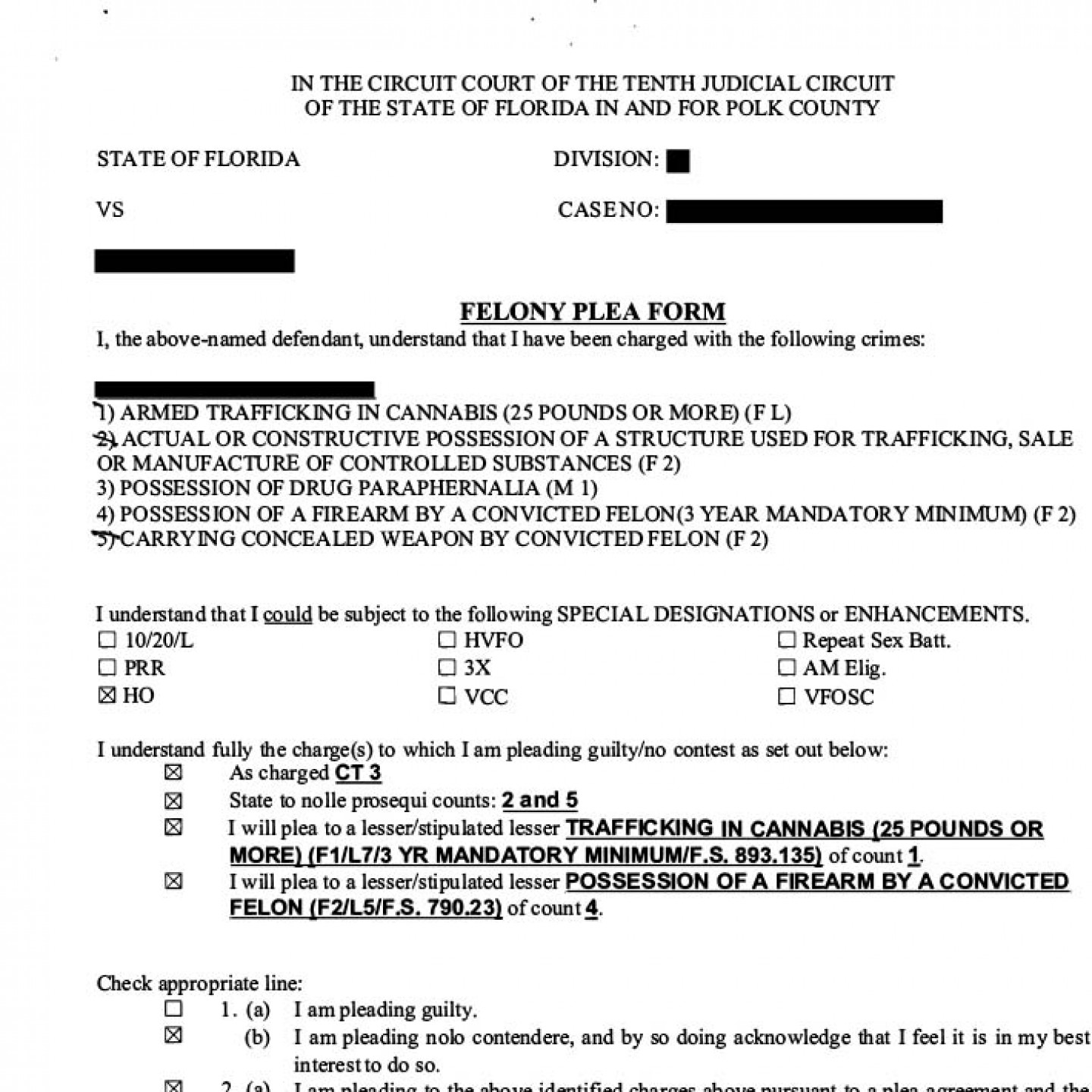 Our client was stopped by law enforcement late at night for driving at night without headlights. The officer said he smelled marijuana when he came to the driver window and conducted a search of the vehicle with the help of a K9 unit. The search revealed a stolen gun on the driver side floorboard and a couple of suitcases full of marijuana. Our client ended up being charged with Armed Trafficking in Cannabis, which can be punished by life in prison and a minimum of 10 years of in prison, as well as multiple other serious felony gun and drug charges. After thorough reviewing the evidence gathered by law enforcement, we noticed that out client had not been charged correctly and there were legal errors for the search that was conducted. We filed a motion to have some charges reduced and others dropped. This motion and our legal research led to pressure on the prosecutor to reduce the charges or risk losing the case at trial. Initially, the prosecutor was seeking a 25-year prison sentence. In the end, however, we were able to convince the prosecutor to waive the 10-year minimum mandatory sentence, drop two of the felony gun and drug charges, and reduce the other three charges. Rather than being sentenced to life in prison, or client was only sentenced to the absolute minimum of three years and the chance to lead a normal life.

What Happens If A Crime Is Committed In The U.S., But The Fugitive Is In A Foreign Country?
PERSISTENT NEGOTIATIONS, DEPOSITIONS, AND LEGAL RESEARCH LEAD TO NO CONVICTION AND NO JAIL FOR CLIENT CHARGED WITH ARMED ROBBERY WITH A DEADLY WEAPON!